German solar modules – why “Made in Germany” pays off

An estimated 80% of solar modules installed in Germany come from China and other Asian countries. There are now only around 15 German manufacturers producing in Germany. Learn how it could come to this development and why you should decide at the location Germany for solar modules larva in Germany .

History of solar modules in Germany

The success story of photovoltaics begins in 1839 with the discovery of the underlying photoelectric effect by Alexandre Edmond Becquerel. However, it will take more than a hundred years before photovoltaics can be used in energy supply. In 1905 Albert Einstein explains the photoelectric effect using his quantum theory of light. In 1954, Gerald Pearson, Calvin Fuller and Daryl Chapin developed the first silicon-based solar cell used in industry. This first crystalline solar cell is about 2 cm2 in size and has an efficiency of about five percent. This creates the conditions for industrial use. Since 1958, photovoltaics have been used to power most spacecraft. Only later will it be used on Earth. In California, the first solar power plant to generate electricity goes online in 1982 and the first German solar power plant on Pellworm in 1983. The first silicon solar cell plants are built in Germany in the 1980s. This was preceded by further developments in semiconductor technology and the 1973 oil crisis, which led to an increasing interest in renewable energies. According to the Federal Ministry for the Environment, Nature Conservation and Nuclear Safety, 0.6 gigawatt hours of electricity will be produced from solar energy in Germany in 1990, and 6,200 gigawatt hours in 2009. Various laws and positive price developments on the photovoltaic market are favouring the further increase in solar power production. In 1990, the Federal Government and the Länder proclaim the “1000 Roofs Photovoltaics Programme” for the promotion of photovoltaics. In this context, grid-connected solar systems are subsidised by private individuals to the tune of 70%. A follow-up programme was launched in 1999 with the “100,000 Roofs Programme” (in 2003 solar modules were installed on 65,000 roofs). The Electricity Feed Act of 1990 enables every German citizen to generate his own electricity with his own solar system and feed it into the public grid. This law will be replaced in 2000 by the Renewable Energy Sources Act (EEG). The EEG determines a higher remuneration for the solar electricity fed into the grid and thus creates further incentives to operate a photovoltaic system. In the following years, the EEG will be continuously further developed. The 2004 amendment to the Renewable Energy Sources Act (EEG) stipulates that electricity from renewable sources must be purchased and remunerated with priority. Following the amendment to the Renewable Energy Sources Act, almost all German federal states are experiencing a real boom in photovoltaic systems. Since then, not only companies but also private individuals have switched to photovoltaics. The amendment of the EEG in 2012 includes a significant reduction of the feed-in tariff and leads to a collapse of the solar market in Germany. The number of additions to PV systems will fall by 60% in 2013. In Germany, many small systems with an output of less than 5 kWp will be installed in the first few years. In 2005, all PV systems together will achieve a rated output of one gigawatt, in 2010 it will be more than 10 gigawatts, in 2012 25 gigawatts and in 2014 37 gigawatts. The first solar parks will be built in Germany in 2005. In 2013, the EU will introduce anti-dumping duties to protect the German solar industry from cheap modules from China. Previously, the EU Commission had found dumping prices for solar panels imported from China to be far below the normal market price. In addition, Chinese manufacturers are receiving illegal subsidies. In August 2018, the protective tariffs on Chinese solar cells and solar modules will be lifted due to a changed market situation. The European solar industry is defending itself in vain against the lifting of the protective tariffs. In competition with Chinese solar suppliers several years ago several German solar module manufacturers and suppliers are in the red and have to file for insolvency, e.g. the large German photovoltaic manufacturer SolarWorld. Only in 2018 do the remaining German solar suppliers record growth at a low level again for the first time.

Why solar modules “Made in Germany”?

Solar module suppliers producing in Germany “Made in Germany” usually point out that they only use the best system components of European origin for the production of their high-quality photovoltaic modules. Solar modules “Made in Germany” also score points when it comes to sustainability compared to their competing products from China. The shorter transport distances alone mean that solar modules manufactured in Germany require less energy than those imported from abroad. Short distances during the entire production process are part of the philosophy of the solar module manufacturers producing in Germany. Only in this way can exemplary life cycle assessments be achieved. Social, ecological and economic sustainability is part of the corporate policy of “Made in Germany” providers.

German photovoltaic research at the top

German photovoltaic research occupies a leading position worldwide. The Fraunhofer Institute for Solar Energy Systems ISE in Freiburg is making a decisive contribution by advancing many photovoltaic technologies. German manufacturers of solar modules are also benefiting from these new developments.

Chinese solar modules have a very bad environmental balance. According to a study by Northwestern University in Illinois, the environmental impact of manufacturing solar modules in China is about twice as high as in Europe. Low environmental and efficiency standards are the main reason for the poor environmental performance of solar products from China. China uses energy from dirty and inefficient energy sources to produce silicon for the production of solar modules. According to the study by Northwest University, Chinese photovoltaic systems would have to be operated up to 30 percent longer than German systems in order to compensate for the energy costs caused by production in China. The study did not take into account the energy consumption during transport of the solar modules from the production site to the place of use. For all solar modules exported abroad by China, this energy expenditure would still have to be included in the energy balance. The environmental balance is therefore even worse than stated in the study.

What do German solar modules cost?

In Germany, the prices for solar modules are 10 to 20% higher than on the world market. In the product directory of ENF Solar you can see the prices for some solar modules manufactured in Germany, while for many products the prices are only given on request. German monocrystalline solar modules are currently available from 0.240 Euro to 0.259 Euro per Wp, depending on the manufacturer. With the polycrystalline modules the prices begin from 0,227 euro to 0,510 euro per Wp. The bifacial modules are available from EUR 0.241 per Wp. Minimum prices for PERC modules range from 0.241 Euro to 0.446 Euro per Wp. Thin-film solar modules are available from EUR 0.400 per Wp. (Source: ENF Solar / Status: April 2019) The following factors play a role in price formation: – Module type (monocrystalline, polycrystalline and thin-film modules) – Order quantity – Special sizes and models (e.g. black modules, transparent or semi-transparent modules) – Performance guarantee Consumers should not only base their choice of solar modules on absolute prices, but should also include all price factors in their decision.

Which German manufacturers are there?

What contribution does photovoltaics make to the power supply in Germany?

According to Fraunhofer Institute for Solar Energy Systems ISE 8.7% of the net electricity consumption of photovoltaic systems was produced in Germany in 2018. In 2008, this share was still below 2%. On sunny holidays, solar power can cover up to 45% of current electricity consumption. At the end of 2018, over 1.6 million PV systems with a rated output of 45.9 GW were installed in Germany. Solar power thus makes a relevant contribution to the electricity supply in Germany. All federal states contribute to the energy revolution through the production of solar power. As expected, the sunny states of Bavaria and Baden-Württemberg generate the most electricity.

How efficient do PV systems work in Germany?

The nominal efficiency of commercial wafer-based PV modules (wafers: thin silicon wafers) increases annually by approx. 0.3%. The average rated output here is around 17%. One square meter of module thus delivers an output of 170 W. In the case of peak modules, up to 200 W/m2 were even achieved. In the future, even higher efficiencies and outputs can certainly be expected. 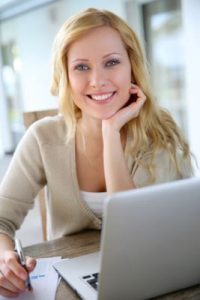